You are here: Start / About Växjö Energi / ... / Plants / District heating in Rottne
Listen

The plant in Rottne has been completely fossil fuel free since 2012, when the Eo1 oil was replaced with biodiesel (RME). This means that all of the fuel used here is renewable. 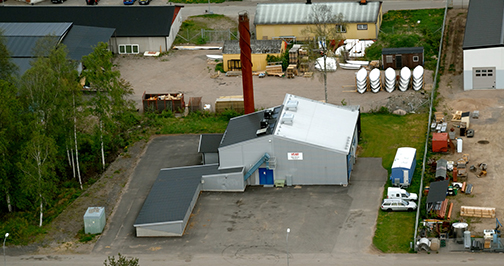 About 180 customers get their heat from the plant, with the largest customer being Vidingehem. The network encompasses 10,383 metres of piping with a total volume of 64 cubic metres.

The plant produces about 12.5 GWh/year, replacing about 1,300 cubic metres of heating oil with biofuel. The raw material is comprised of 100% renewable biofuel from the forest, such as branches, treetops and other residues from the forests of Småland.