You are here: Start / About Växjö Energi / ... / BECCS / How carbon capture works
Listen

In the autumn of 2020, Växjö Energi made a strategic decision to invest in carbon capture at Sandviksverket, our combined power and heating plant. On a cold winter's day in Växjö, we would be able to cleanse the air of about 1,000 tonnes of carbon dioxide, thereby lowering the level of atmospheric greenhouse gases. This is a commitment for the future Växjö Energi is willing to strive hard for.

The technology, known as BECCS (Bio Energy Carbon Capture and Storage), enables us to capture the carbon dioxide released when we produce electricity and heat.

To conduct the project, we need to build a carbon capture facility at Sandviksverket. This facility will be a major investment and, a sustainable business model is crucial. The project has created interest at national level, and we have received subsidies for an extended feasibility study from the Swedish Energy Agency. BECCS appears to be a necessary measure to achieve climate neutrality, which is ever so crucial for a sustainable future. In addition, we are already seeing interest from trade and industry to contribute to the realisation of carbon capture and storage. This feels extremely encouraging and we are actively participating in discussions at several levels on how the present proposals for business models can be developed into dynamic and effective markets.

One possible scenario is to have the facility at Sandviksverket operational by 2027. 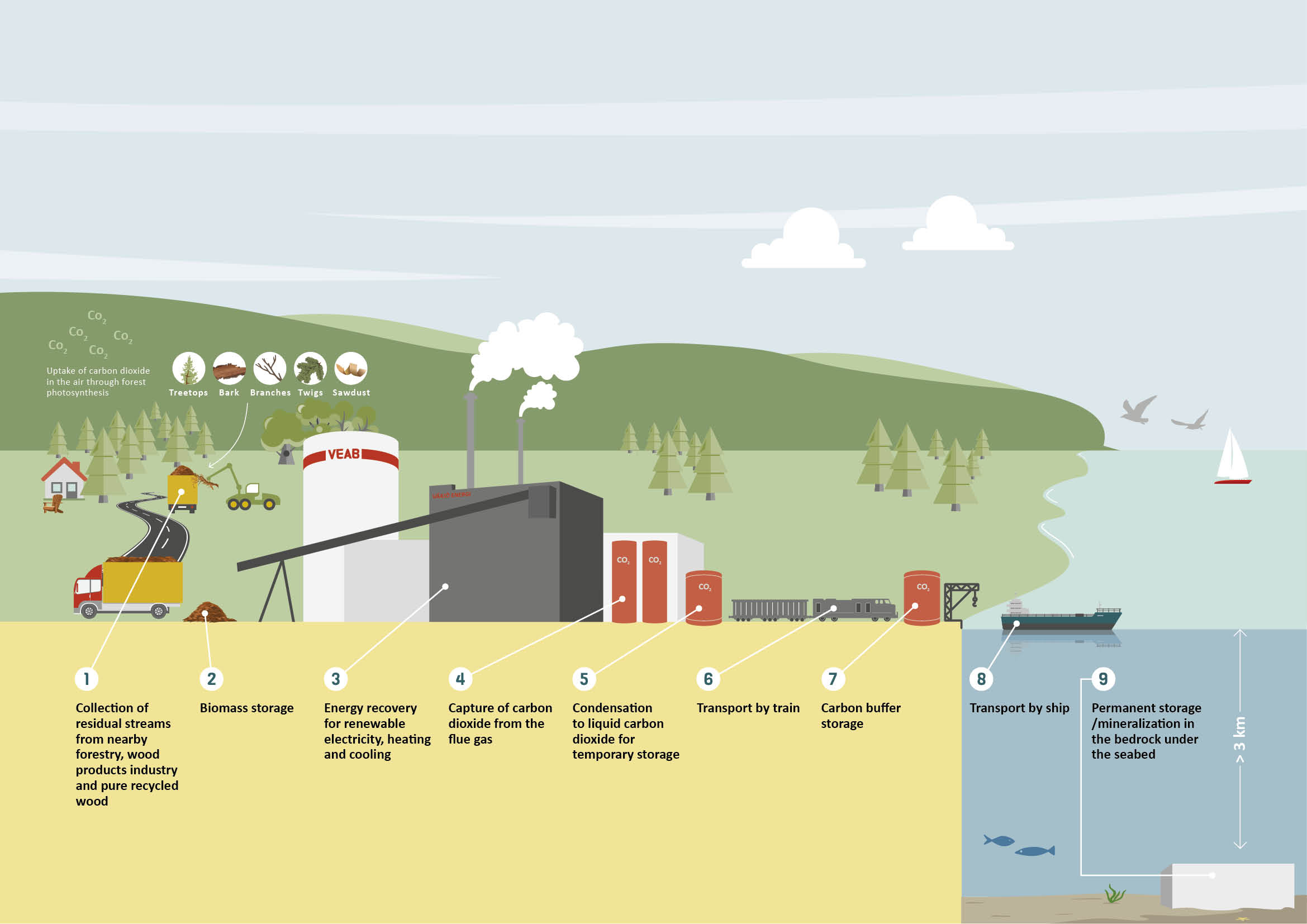 Click on the image to see a larger image.